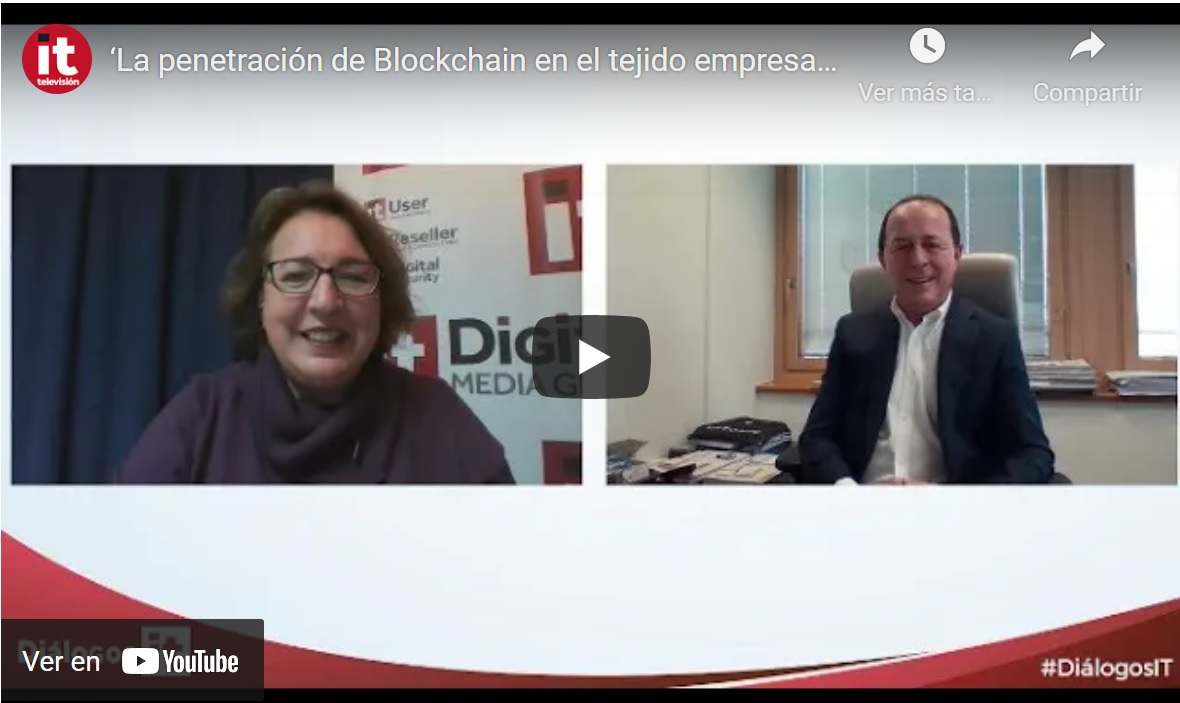 We share this video-interview conducted by the Director of IT Security, Rosalía Arroyo, to the CEO of REALSEC, Jesús Rodríguez, where they deal with various aspects related to the new Blockchain Report launched by the company with the support of IDC. In addition, other topics are addressed such as the importance of this technology for cybersecurity, the results with which REALSEC has closed 2020 and its objectives for 2021 as well as the recent award given to REALSEC in the Digital Security category. Don’t miss it!

A few years ago Realsec, an expert company in the HSM encryption market, decided to bet on the Blockchain world. Recently the company has sponsored the second edition of the State of the Art of Blockchain in the Spanish company; it has also recently received an award and presented results, and we talked about it with Jesús Rodríguez, CEO of Realsec in this interview in which he states that the results of the study “are quite interesting”, highlighting that the penetration that blockchain has in the Spanish business fabric already represents 11%.

According to Jesús Rodríguez it is “great news” that, according to the study, 45% of Spanish companies of more than 50 employees think that the impact that blockchain will have on their business processes will be medium-high. Especially interesting for Realsec is the fact that 46% of large companies surveyed think that if blockchain encryption and signature functions are performed by hardware rather than managed by software, “security would be much more reliable”. The last fact that the CEO of Realsec wants to highlight is that it is expected that until 2024 the investment in blockchain in Western Europe will reach 4 billion euros.

For Jesús Rodríguez, CEO of Realsec, if blockchain encryption and signature functions are performed by hardware rather than managed by software, the security of this technology would be much more reliable.

Ensuring that they are “really satisfied with the results,” says Jesús Rodríguez that the company ended up 2020 with growth of more than 27% compared to the previous year, and that, in the case of Mexico, where Realsec has a strong presence, the figure increases to 32%. According to the company’s three-year strategic plan, prior to the pandemic situation, the company plans to grow by this year 23%, a figure that is currently maintained.

Finally, we talked to Jesús Rodríguez about the 2021 National Technology Award in the Digital Security category received by the company. “It was a surprise. We did not expect it,” says the manager, saying that when they contacted him, what he did was ask the reasons why they gave him the award, which are three: because they are part of the Spanish security industry; because Realsec is a company with international projection and thirdly because of the market image and reputation of the brand among customers. “Three aspects which, it is not for vanity, but I think we have met well. We are very excited to receive this award.”