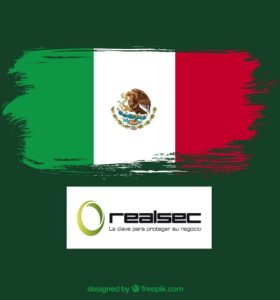 The magazine of Institutional Channels of Puebla (Mexico), Development and National Commitment of Mexico, was interested in REALSEC as a success of story of Spanish company that during the crisis of our country not only knew how to grow but also began a planned process of expansion in the American continent.

Mexico being one of the countries where REALSEC developed its strategic plan, thus contributing to the Mexico’s economic development.
Years later, Mexico has become a priority market for REALSEC, where in addition to having a subsidiary office we have a large part of the turnover that our company has in LATAM.
Numerous Mexican banks, institutions and companies have entrusted the protection of their critical security infrastructures to REALSEC with our encryption and digital signature solutions, whose cryptographic technology resides in its HSM, security hardware module, which has the most important security certifications Worldwide.
You can access the contents published on REALSEC in this  link REALSEC Revista Digital Compromiso Nacional (In Spanish)
To download the full edition of this magazine click on the following LINK (In Spanish)