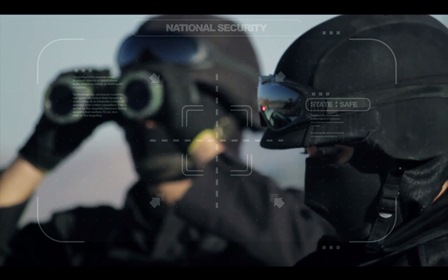 Obama strengthens Cybersecurity in the U.S.

The U.S. is a country, or the main country given its magnitude in all aspects, that is susceptible to possible cybercriminals attacks and its citizens, companies and institutions of becoming victims of fraud and active participants in cyberwars.
The attacks by cybercriminals are not only directed at individuals but at government entities, private companies and financial institutions which have recently experienced an increase in this type of activity. The current attack on Sony Pictures allegedly by North Korea comes to mind or the recent attempt by the Chinese Government to access the confidential data of American health insurers or even the attempt on the IMF.
In response to the current critical situation, the Obama administration has created a special agency to fight these cyberattacks, the Cyber Threat Intelligence Integration Center (CTIIC). Its structure is based on the anti-terrorist agency founded after the attack on September 11th as a means of preventing terrorism and reinforcing national security.
Until now the NCTC (National Counter Terrorism Center) has been the agency in charge of the war against cyberterrorists and ensuring cybersecurity to U.S. citizens while combating other kinds of terrorist threats simultaneously. With this change, they will have reinforcement from the creation of the Cyber Threat Intelligence Integration Center (CTIIC).
In addition, other operations have been implemented to promote cybersecurity, such as the US cybersecurity law, H.R. 3696, which I spoke about in a previous post and you can read by clicking on this LINK.

Although some Americans have spoken out against the new division due to the existence of several other organizations currently monitoring cyberattack risks, we must not ignore that the CTIIC will be the connecting link and gather all the information handled by the FBI (Federal Bureau of Investigation), NSA (National Security Agency) and DHS (United States Department of Homeland Security). The results of the implementation of an organization where all this information is centralized and managed should translate into a more efficient and competent process.
The outcome of the union will be that of facilitating the CTIIC in real time all the files and investigations available from the agencies that protect national security.
While the initial annual budget to run the agency is estimated at $35 million, we must take into account that in 2014 alone the losses due to fraudulent actions by hackers accounted for billions of dollars. This means that if they manage to minimize cyberattacks in the U.S., the investment will be more than justified, and we certainly hope this is the case.
I hope that this initiative positions the country as being more proactive regarding potential threats from cybercriminals and thus creating a more secure environment and country for all U.S. citizens.
However, it is also important to note that as organizations we must be responsible for cybersecurity and contribute towards obtaining these goals by implementing robust security systems to protect our information and minimize the risks of fraud by experienced cybercriminals.
The petition by the U.S. Government to businesses to share with them part of their information with the aim of strengthening cybersecurity strategies is precisely along these lines. This petition, although at the moment is not obligatory yet seems to be headed in that direction, has created dissatisfaction in many companies that are refusing to participate while the NSA continues its spying tactics as revealed by the Snowden case.
Moreover, if we take into account the statements made by Obama which shows he’s in favor of the encryption of information provided that it can be decrypted by the country’s national security agencies, we must recognize that it is not a very convincing argument for organizations that are also responsible for the protection of your data and obviously do not feel happy with this statement.
It is currently a critical and sensitive issue because we are all interested in stopping cyberwars but without giving Government the possibility to control us. Time will tell… but whatever the outcome, hopefully this will allow all of us to live in a cybersecure world.